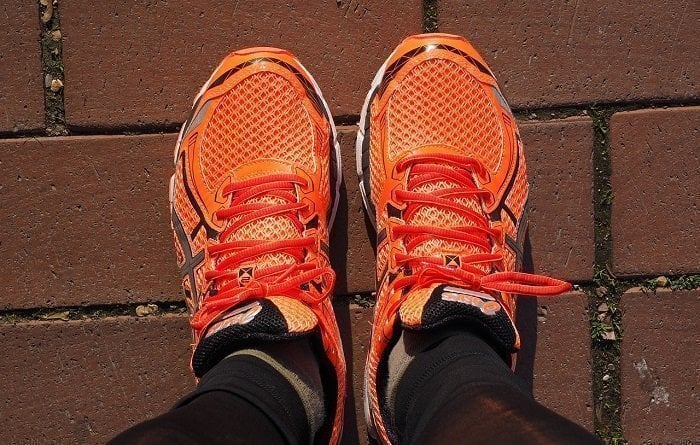 If you’re looking to get into shape, maintain a decent level of fitness, or keep your heart, lungs and other organs healthy, running is fundamental. There’s a reason that it’s one of the most popular physical activities in the world. You don’t need a bunch of fancy equipment. You don’t need other people to do it with you. You don’t need a special place to do it in. All you really need is two feet, and ideally some shoes – although even those are optional.

Running surface is a big deal

The health benefits of running are almost too long to list. Running strengthens the heart and lungs, improves circulation and tones muscles throughout the body.

Regular running improves cardiovascular endurance and helps fight the effects of aging. It even helps with mental health. So with all that said, it’s hard to find reasons not to run.

But before you go racing off towards better health, there’s an aspect of running you may not have considered.

The surface you choose to run on can have a big effect on your enjoyment of the sport, and even on your health.

Read on and find out what the surface you run on could be doing to you.

There’s a reason so many sports are played on grass, and it’s not just because it looks nice. Grass provides the most natural surface for running, and the slight give of short, springy grass and the soil below it can be the ideal surface to protect your joints from damage.

The grass is very popular among runners because its yielding nature makes injury less likely. Not only that, but the softness of grass makes your muscles work a little bit harder, which increases their strength.

The grass isn’t perfect though. Grass surfaces are often uneven, which can lead to ankle injuries and tripping. Plus, if it’s rained recently, that grass can be slippery.

If you have grass allergies, your run can quickly turn into a sneezy, eye-watering ordeal. 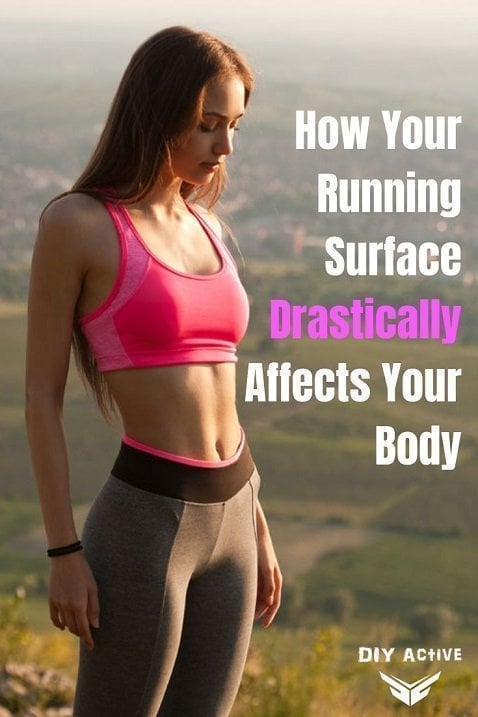 Like grass, dirt is soft enough to give way a little under your feet and provide some cushioning for your joints, especially knee and ankle joints.

Dirt trails may not be quite as soft as grass, but they usually yield enough to help prevent injury and make your run safer and more pleasant.

But not all dirt is created equal. By their very nature, dirt trails are often poorly maintained. Tree roots and small rocks can create trip hazards for runners. And the quality of a dirt trail is highly weather dependent.

After a lot of rain, your favorite dirt trail can become a sucking swamp that is all but impossible to run in. Dirt makes for one of the best surfaces to run on, but like anything natural, it’s inconsistent.

Anyone who’s ever been to the beach knows the feeling of trying to walk or run in sand. Because sand gives way so easily, it provides a monster workout for your calves and thighs.

Plus, it’s so soft that it is one of the best surfaces to run on if you want to go barefoot. And if you’re running at the beach, you also get to enjoy the scenery.

But like any natural surface, sand can be uneven. Plus, if you run barefoot, blisters are a big possibility. If you’re going to run on sand, it’s best to limit it to shorter distances.

Concrete is what most city sidewalks are made out of, so it’s not a hard thing to find. But it is about the hardest surface you’re likely to run on.

Concrete is made to last forever, and the hardness of it means it offers zero cushioning for your footsteps.

Running on concrete is common just because it’s everywhere, but your joints will be taking the full force of every step on this surface. As such, it’s not recommended. But if you live in a city, you may not have much choice.

You don’t normally think of a paved road as soft. After all, asphalt is what most roads are made of, and they take the weight of hundreds of vehicles each day. But while asphalt’s not exactly soft, it is a lot softer than concrete, which helps prevent injuries to joints.

Also, asphalt is a very fast surface to run on. Most city marathons are run on asphalt, so if you’re training for something like that, practice on asphalt is a good idea.

But running on the road might not be. Besides the risks of potholes and cracks, roads usually come with traffic. Make sure you’re highly visible, especially in darker areas in order to stay safe on the roads.

Getting hit by a truck is not good for anyone’s health.

The surface of a treadmill is made for running. Lots of models offer shock-absorbing cushioning which helps to protect your joints from injury.

Also, the belts of treadmills are made to be non-slippery, so your chances of falling are low. Since you’re running inside, you won’t be at the mercy of the weather, so a little rain isn’t going to affect your workout.

Treadmills offer the best running surface for safety and reliability. Of course, the view from your treadmill never changes. But that’s a small price to pay for a safe running surface that’s also always close to a bathroom.

As a synthetic surface designed for running, you would expect a running track to be great to run on. And they are, for specific purposes. Synthetic tracks are fast, which is why they use them in the Olympics.

And they’re much more forgiving on your joints than asphalt or concrete. Plus. It’s easy to measure distance when you know the size of the track.

Be aware, though, that the curves on a track put extra strain on your knees and tendons. If you run long distances, the repetitive curves of a track will start to take a toll on your body. For that reason, tracks are better used for speedwork than for running long distances.

Back in the days before synthetic tracks, fine rock, carbon, and ash were used to make running tracks. You can still find some of these old-fashioned tracks today.

Cinders are much easier on your joints than the road, and if the path is well maintained, cinders can make a good running surface.

But the weather can wreak havoc on a cinder track. Rain will turn the surface into a grimy swamp, and high heat can make the cinders loose and cause slippage.

If you have a cinder track near you, it’s worth giving it a try. But make sure you choose the right day to do it on.

A truly dedicated runner doesn’t let a little snow stop them from getting their exercise. Snow looks pretty, at least when it’s new, and running through it can make you feel like an adventurer in the northern wilderness.

Snow is not a great surface to run on, though. For one thing, it can hide trip hazards and holes underneath it. Plus, snow is notoriously slippery, and all it takes is one patch of ice to send you tumbling.

Running in snow can provide a novel experience the first time you do it, but it’s not recommended over the long term.

The surface that you run on can make an enormous difference to the quality of your experience. Different surfaces have their pros and cons, and you’ll find fans of pretty much every surface out there.

But the best surface for you will depend on what you’re trying to achieve with your running, as well as what’s available to you.

The last thing you don’t want is to get injured while you exercise. So with that in mind, choose the surface you run on carefully.

A treadmill is the easiest and safest way to start running, and you won’t need to worry about traffic or darkness or uneven surfaces. But if you’re determined to get outside at least some of the time, look for some well-maintained grass or a dirt trail.

Concrete, on the other hand, is best to be avoided wherever possible.

You shouldn’t let your doubts over the surface available to you put you off running completely. It’s still one of the best forms of exercise you can do.

Just consider carefully what you can do to minimize the risk of injury before you lace up those running shoes.

At Home Fitness Answers From the Experts

16 Reasons to Get Your Family Active

Weigh Yourself: 5 Reasons to STEP OFF the Scale